And so the Witney and District League hop concluded with a Sunday afternoon game, in the competition's second tier, at Kingham Playing Field.
Like other matches over the weekend it was entertaining without being thrilling. Chadlington scored early, and doubled their advantage not long after.
The All Blacks - the name apparently inspired by a New Zealand rugby tour in the 1920s - kept plugging away but were hampered by wayward finishing. They did get a goal back eventually, but it was too late to seriously threaten the away side's lead.
Kingham is a lovely Cotwsold village. In 2004 Country Life magazine named it as 'England's favourite village'. It must have fought off tough competition to win that accolade, and maybe having a village football ground helped.
Calling it a football ground is generous, but it's enclosed with space for just a single pitch, and the club name is displayed on the modern pavilion building. There are many worse village venues to watch football. 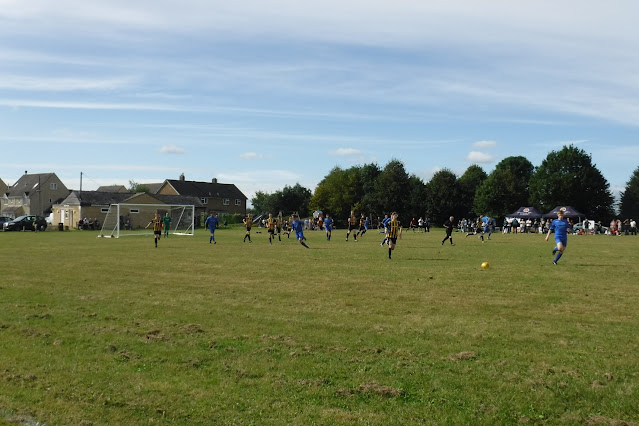 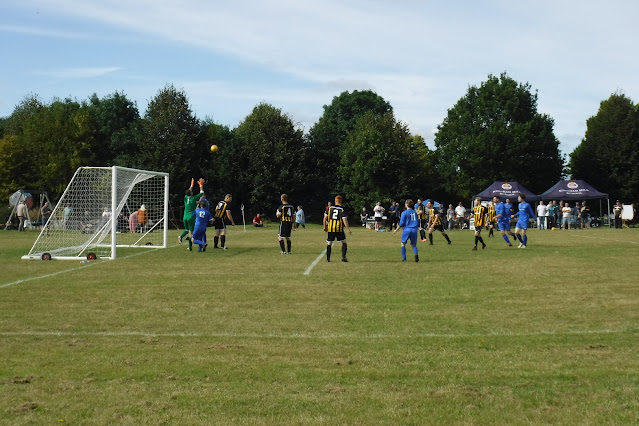 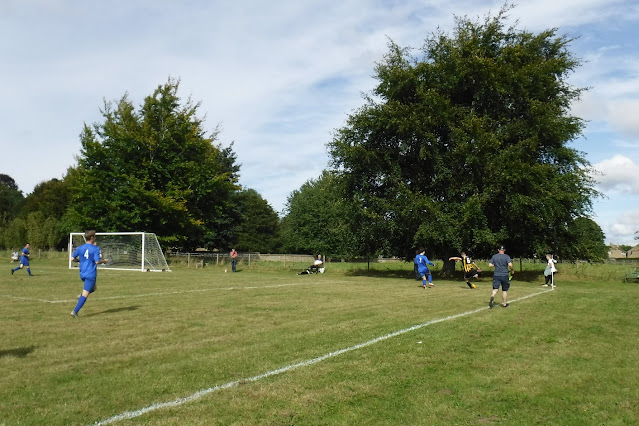 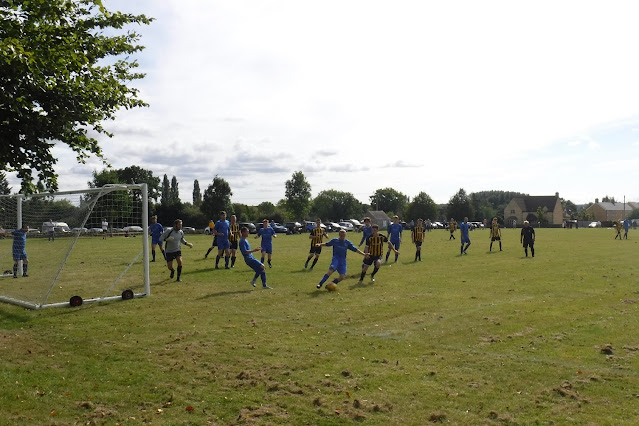 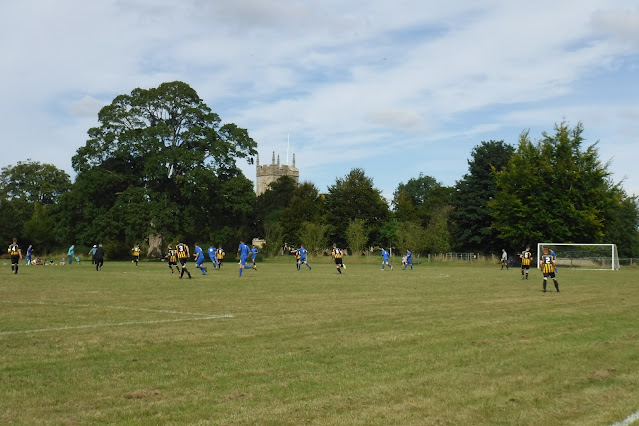 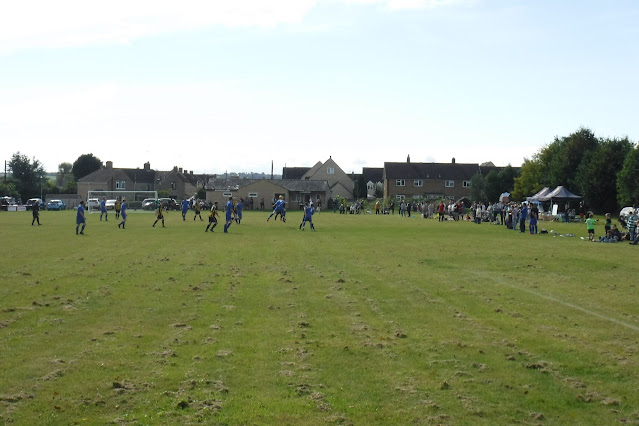 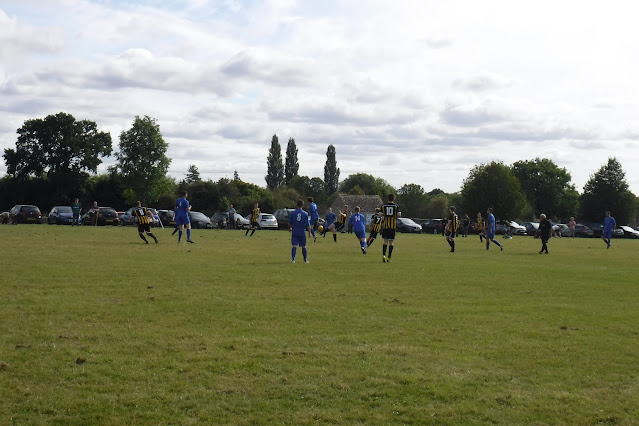 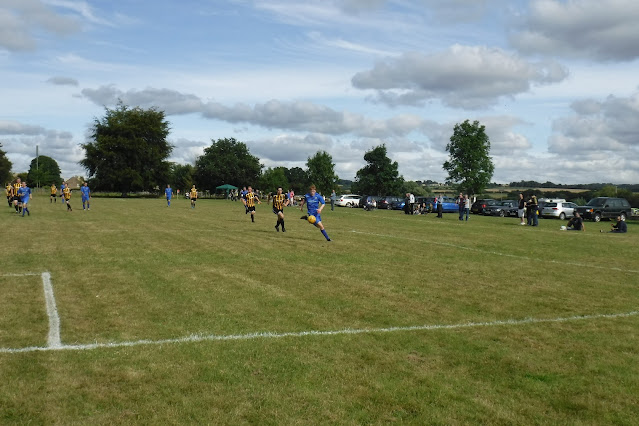 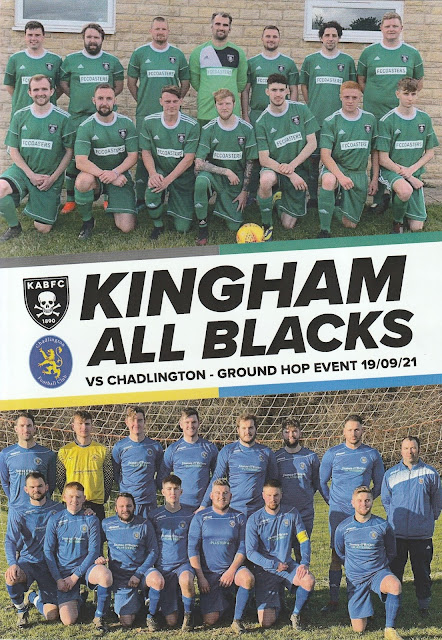