Not my first choice match but a late alternative once I realised I wouldn't make it to my intended game in time for kick off. I nearly struggled to see the start of this, such was the chaos in the packed car park at Harold Wood Park.
Eventually I managed to extricate myself from the gridlock and found a place to park in a nearby street, making it back to pitchside a couple of minutes before kick off.
Harold Wood's ground is an archetypal park pitch venue. The playing area is roped off, through thin iron stakes, and a handful of benches provide seating for spectators who prefer not to stand.
On a hot and sunny afternoon, the tree-lined park was a nice place to watch a game. It was a busy place too, with an event on the adjacent cricket ground attracting a crowd that had helped fill the narrow car park.
Unfortunately the game wasn't one that will linger in the memory. A goalless draw looked likely long before the end, and both sides were mostly restricted to half-chances.
Harold Wood did get the ball in the back of Basildon's net twice in the second half, only for both to be ruled out for offsides. They can have little complaint with either decision, and a draw was a fair outcome. 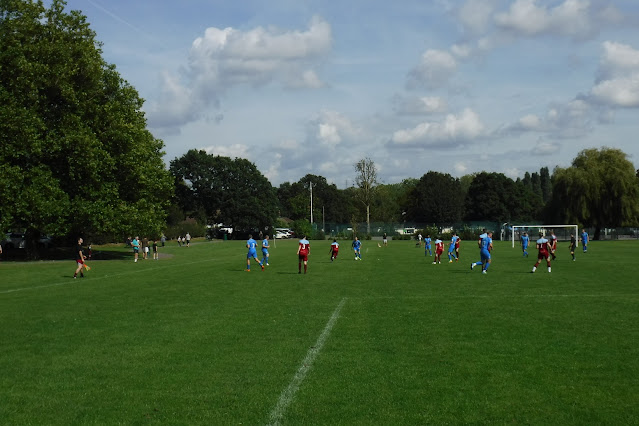 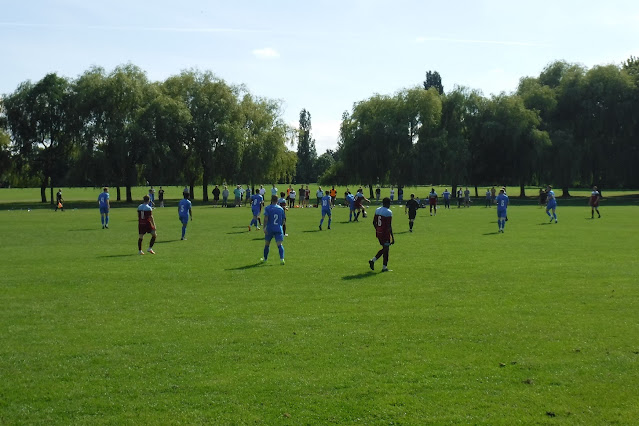 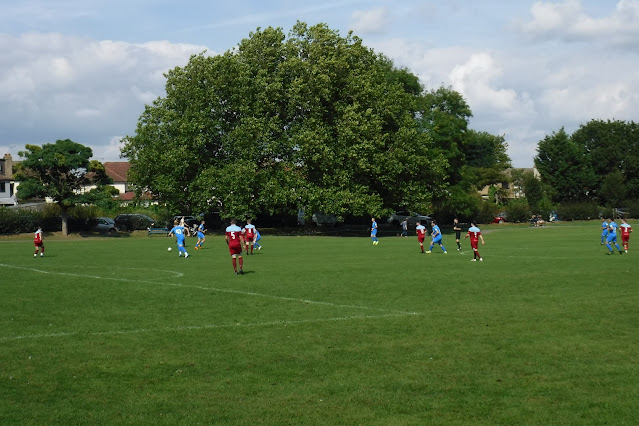 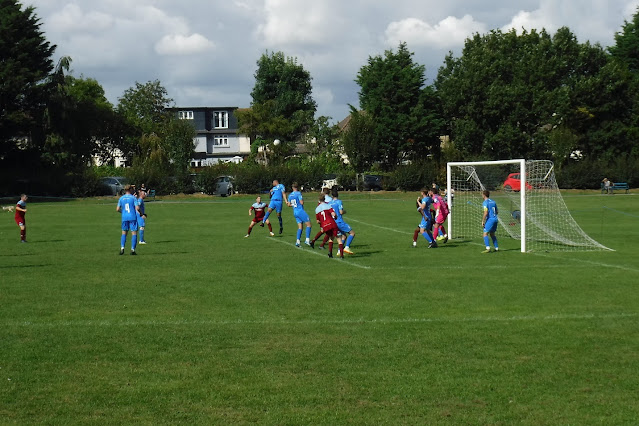 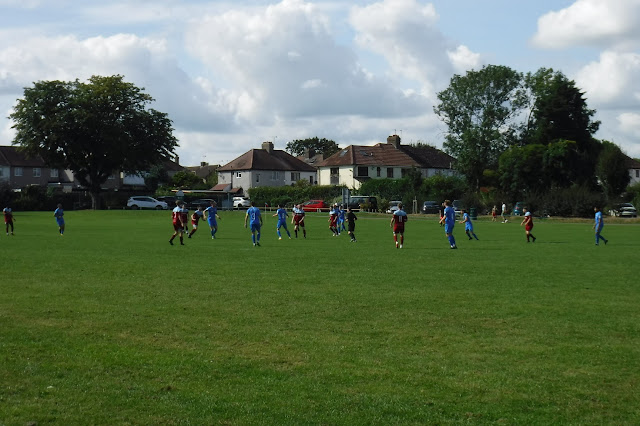 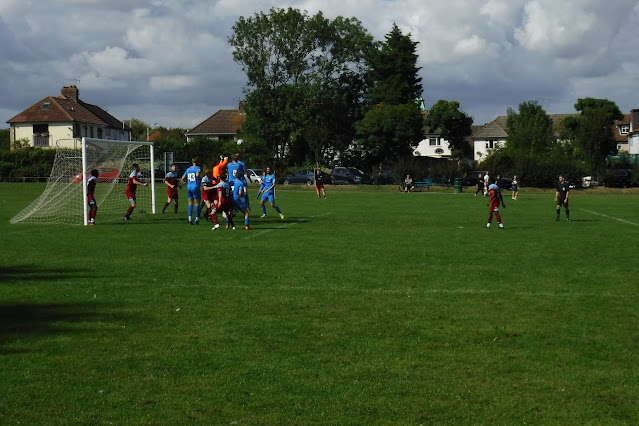 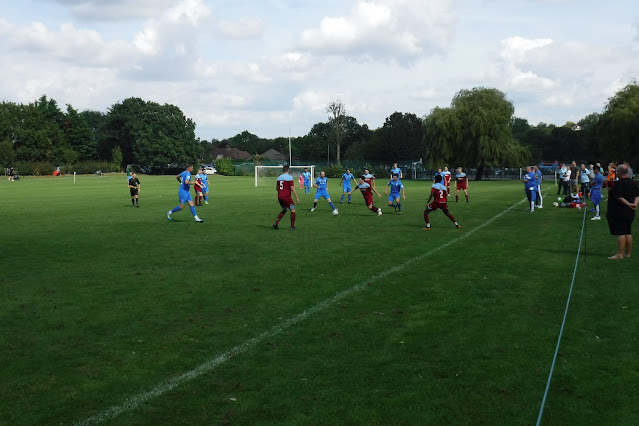