Huddersfield Laund Hill, formerly Huddersfield YMCA, are temporarily on the move. They've not gone far, relocating a few yards from their usual pitch to the YMCA rugby ground.
The move is to allow work to improve facilities at the sports ground. I'm not sure how many games they'll play on the rugby pitch, as apparently once a new 3G pitch is ready they'll move to that, before eventually returning to their usual home, which I visited in 2013, sometime next year.
For now though it means they have a floodlit venue that's among the best-equipped in the West Yorkshire League. The main feature is a large seated stand, which provides an uninterrupted view of the pitch.
On the opposite side rudimentary cover is provided by a line of structures that look like they once sheltered shopping trolleys in a Tesco car park. Surprisingly there's no dugouts, but perhaps they're not a requirement for rugby union.
Both goals were in the first half. Laund Hill went in front before Altofts hit back. The visitors had the better of the second period, and applied most of the pressure, but their hosts came closest to a winner when they hit the frame of the goal in the closing moments. 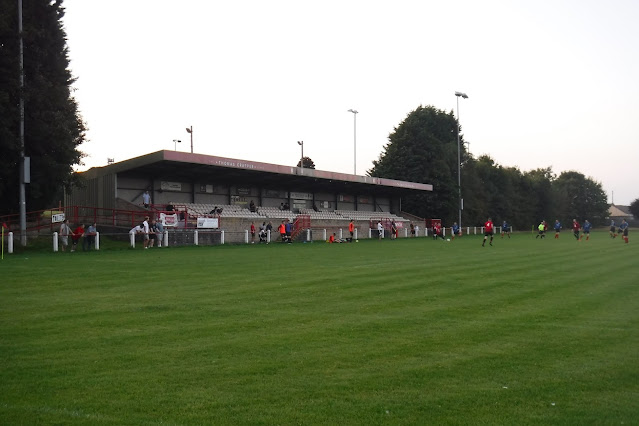 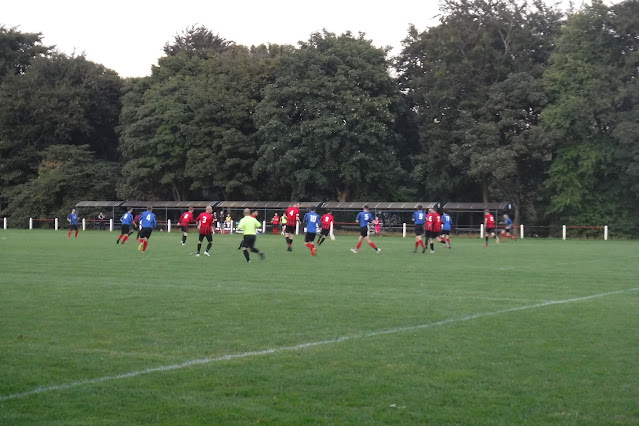 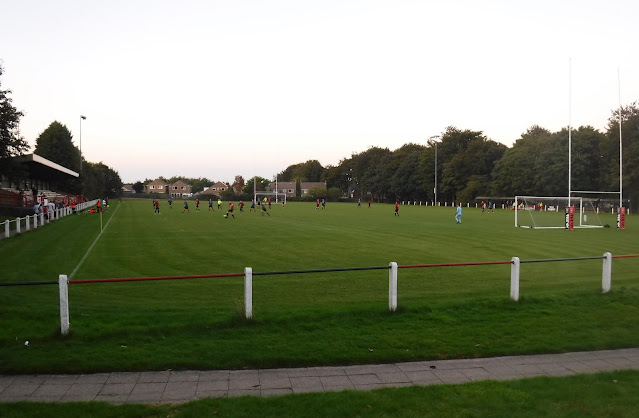 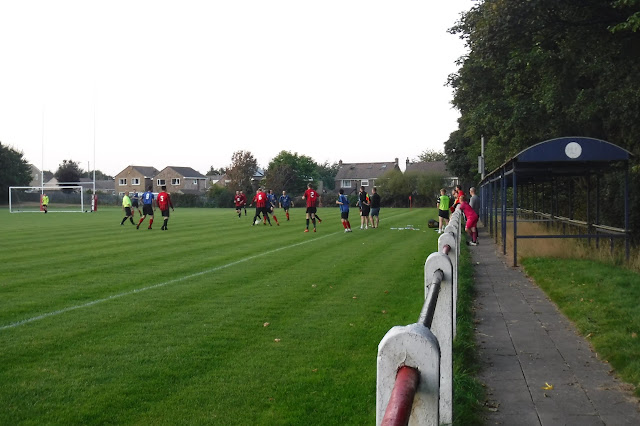 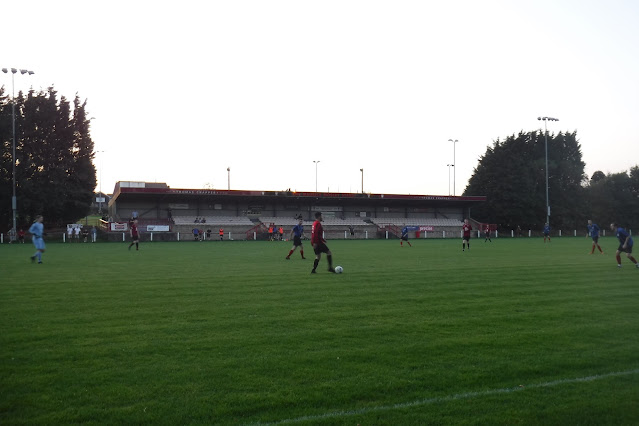 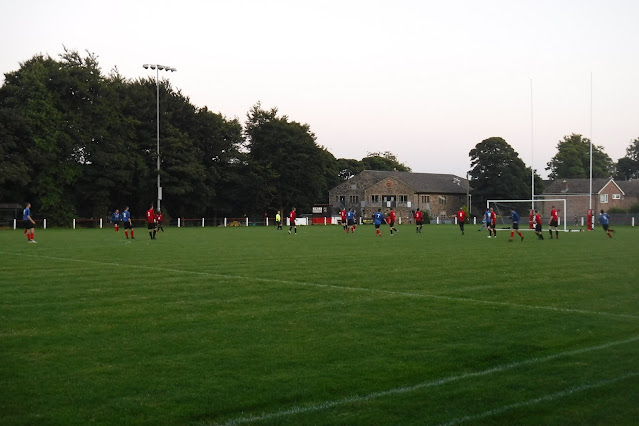 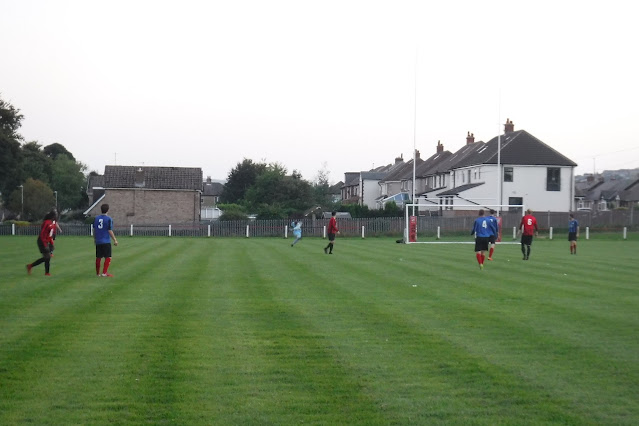