For much of the first half it looked like a frustrating evening for BEADS. They peppered the Kader goal with efforts that were either well-saved or off-target, before finally going ahead a couple of minutes before the break.
Two quick second half goals, one a penalty, put them firmly in control. Kader got one back but it ultimately it was a comfortable and deserved win for the visitors (whose name is an acronym for the Beechwood, Easterside and District Social Club).
There aren't many floodlit grounds in the North Riding League, and Kader's is a typical 3G set up. It's better than many though, with a proper viewing for spectators on one side and dugouts opposite.
The pitch is part of Outwood Academy Acklam, although Kader FC has its own facilities, including a clubhouse, and plenty of signage.
I was last at the venue in 2003, when it was known as Hall Garth School and Whinney Banks FC played a Teesside League match on a grass pitch. The grass playing field is still there, and is still home to Whinney Banks, who have resurfaced in the North Riding League.
The 3G pitch, used by Kader's senior side, is distant enough to count as a separate 'tick' by my groundhopping rules. 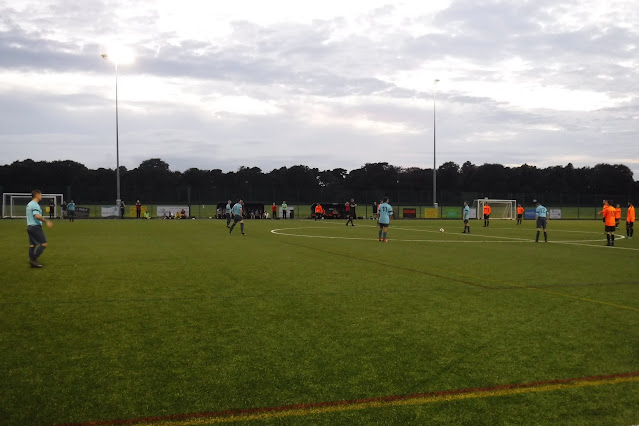 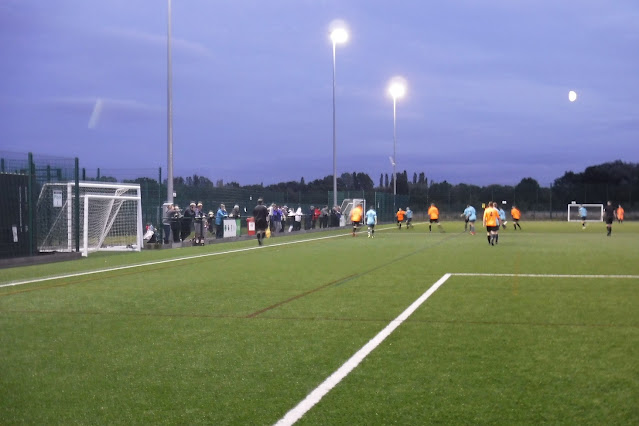 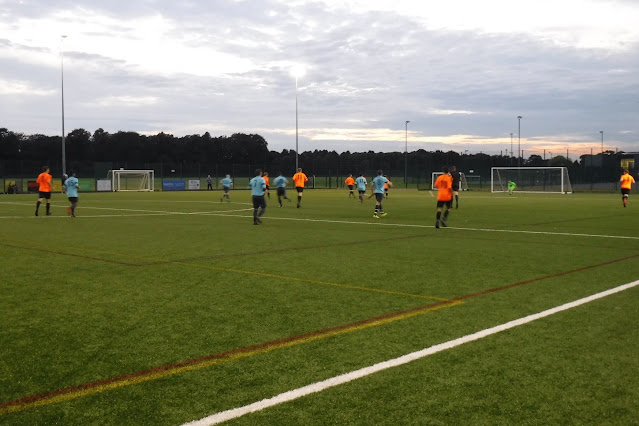 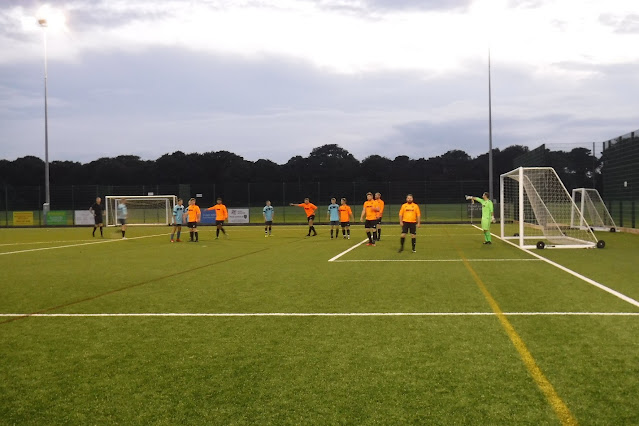 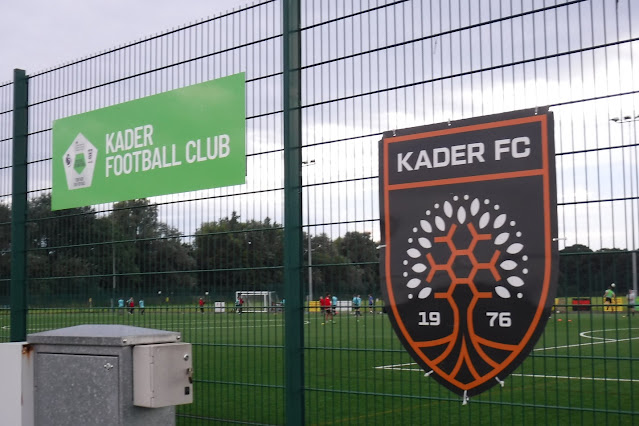