Apparently this was the first FA Vase game to be played at Hythe and Dibden's Jones Lane ground, and it could be the last as they're away in the next round, and have plans to move to a new ground.

The likely ground move, possibly as early as next season, was a reason for the long journey to Hampshire, to visit one of the few remaining grounds I needed in the Wessex League.

It was worth the trip, as it turned out to be a decent game, and the ground was worth a visit too. It's in a public park, and shared with a cricket club which means early season matches are played away from home.

The far side of the railed-off pitch, away from the cricket square, has a variety of seated stands and covered standing areas, as well as dugouts. The result is a venue that was rather better than I was expecting, and on a bright and sunny afternoon it was a pleasant place to spend 90 minutes.

On the pitch Western League visitors Oldland were ahead inside two minutes, and created enough chances to have increased their lead. They paid the penalty for not taking their chances though, as Hythe and Dibden equalised after 30 minutes.

The second half was even, and entertaining, before the home side scored two quick goals, with around 15 minutes remaining. A late goal back for the visitors meant a tense final couple of minutes, but Hythe held out for a visit to local rival Totton and Eling in the next round. 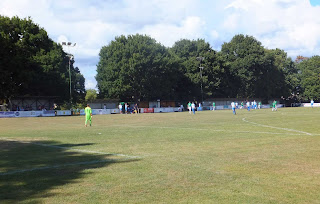 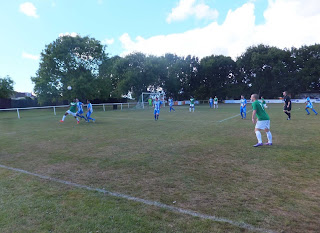 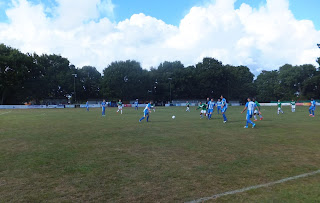 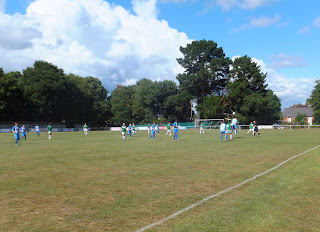 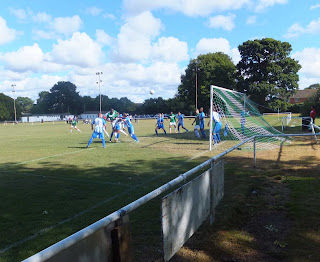 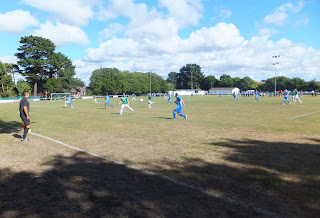 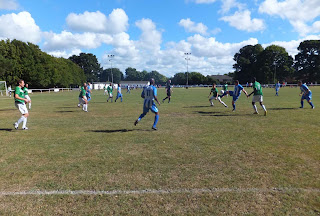 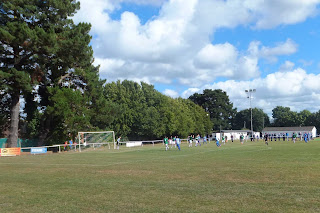 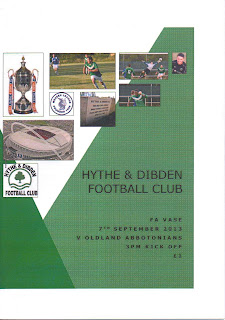 Steve B
When I’m not working, or doing other things, I’m a groundhopper. This blog will record every new ground I visit for football, with a brief match report, ground description and a few photos. Any spelling mistakes or typos are likely to be the result of blogging after a glass or two of wine, and attendance figures are my headcounts or estimates (official figures used if available).